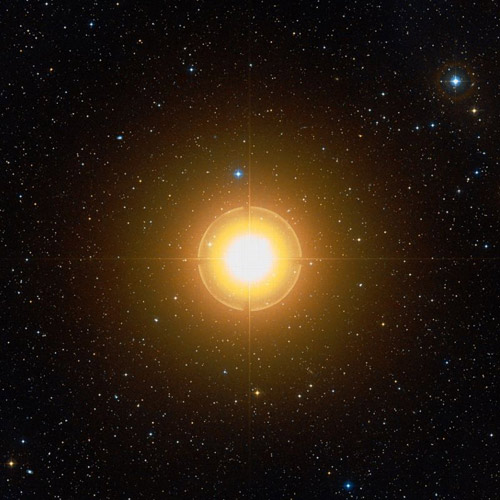 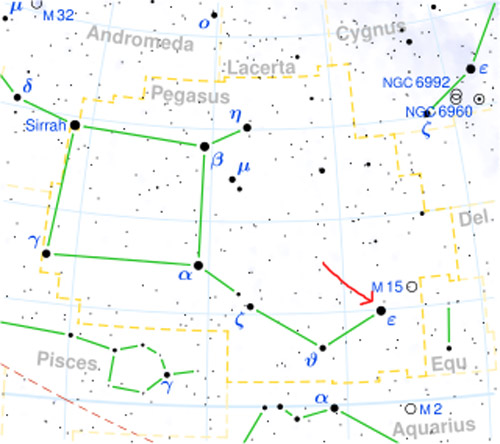 Enif (Epsilon Pegasi) is the brightest star in the constellation Pegasus. Its name comes from the Arabic for "the nose" and refers to the muzzle of the winged horse. Enif is an orange supergiant K star, big enough, if put in place of the Sun, to stretch halfway to the orbit of Venus.

Enif seems to be part of a family of three similar supergiants that also includes the Alpha and Beta stars of nearby Aquarius, Sadalmelik and Sadalsuud. The stellar trio, all at roughly the same luminosity and distance (Sadalmelik at 760 light-years, Sadalsuud at 610) may have been born together in the same extended group and. over the past 15 million years or so, have drifted well over 100 light-years apart.

Most odd about Enif is its possible erratic and violent behavior. In 1972, an observer in Florida reported Enif to be as bright as Altair – five times brighter than normal – after which it faded. For over 10 minutes it appeared to pop some kind of enormous flare, one vastly brighter than those often seen on the Sun. Such events are rare – only two dozen or so are known – and not well documented, nor is there any theory for them.