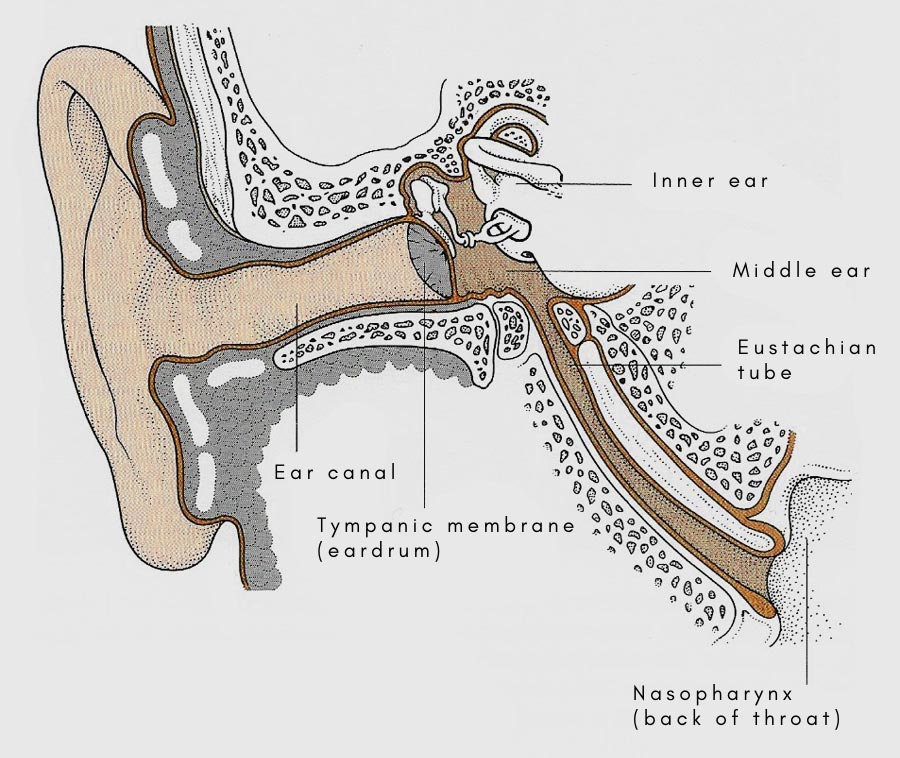 The Eustachian tube is a tube that, in vertebrates, connects the middle ear to the pharynx (at the back of the throat). The Eustachian tube is normally closed but when swallowing it opens and allows the air pressure on the inner side of the eardrum to be equalized with that of the outside air, preventing distortion of the eardrum. It is named after the Italian anatomist Bartolomeo Eustachio (1520?–1574).