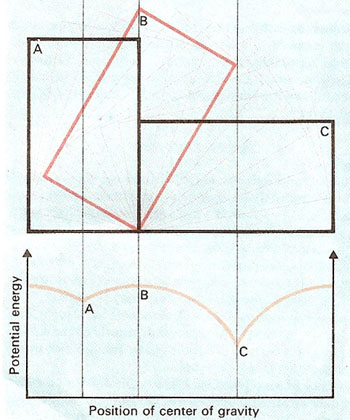 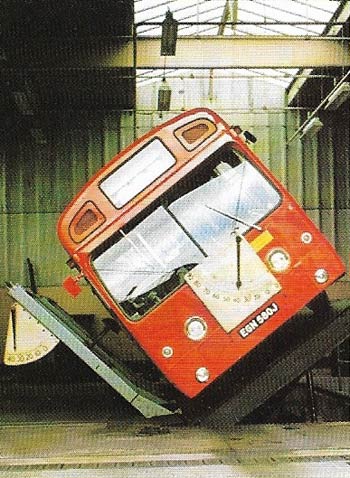 Fig 2. The very low center of gravity of the bus keeps it in stable equilibrium even for large displacements.

A metastable state is an uneasy stability of a system that can easily be disturbed, making it descend to a lower energy state (a coin balanced on its edge is an example). A supersaturated solution or supercooled liquid, which remains liquid below its freezing point, is also metastable because the addition of a speck of dust or a tiny seed crystal will make it rapidly crystallize.

Mechanical equilibrium is a stable state in which forces acting on a particle or object cancel each other out, resulting in no net force. While thought of as a state of balance or rest, an object with constant velocity is also said to be in equilibrium.

A system is defined to be in thermodynamic equilibrium when it has the maximum possible amount of entropy.

The concept originated in ancient Greece when Archimedes experimented with levers in balance, literally "equilibrium." The idea was elaborated through the Middle Ages, the Renaissance, and the birth of modern mathematics and physics in the seventeenth and eighteenth centuries. In general parlance "equilibrium" has come to mean pretty much the same thing as stability, i.e., a system that is largely unaffected by internal or external changes since it easily returns to its original condition after being perturbed.