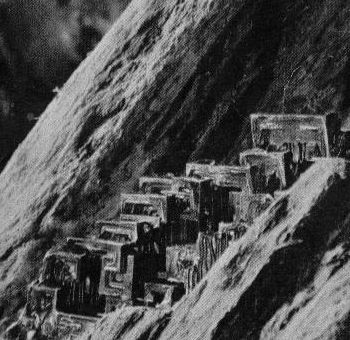 Based purely on a consideration of the timescales involved, the possibility exists that our Galaxy is home to one or more extremely old intelligent races. The age of the Galaxy, as estimated from the age of its oldest member stars contained within globular clusters, is thought to be between about 12 and 15 billion years. However, at its inception, the Galaxy would have contained none of the heavy elements, including carbon and oxygen, needed to form the basis of life. Such elements are manufactured only inside stars, by nucleosynthesis, and are subsequently disseminated throughout galactic space by mass loss from red giants or when massive stars explode as supernovae. The first life-forms in the Galaxy, therefore, could only have begun to emerge following the demise of the first generation of stars and the subsequent reconstitution of heavy-element-enriched interstellar clouds into new stars and planetary systems. This would have been about 2 billion years after the Galaxy's formation. Assuming the passage of another 5 billion years, as in the case of the Solar System, between the formation of a star and the emergence of an intelligent race on one of its planets, it is possible that advanced civilizations were present in the Galaxy 7 billion years after it was formed. If such civilizations did actually emerge, and if they have survived to the present day, then they must now be between 5 and 8 billion yr ahead of us in their development. Considering the rate at which our own technology is currently progressing, it is very difficult for us to project what such an ancient and advanced species might have achieved. It is possible that, at some point, it established a galactic empire, and that it rose through the various stages of Kardashev civilizations. However, such developments, though extraordinary by present human standards, might take only millions rather than billions of years. A civilization so ancient, might well have evolved by now beyond even the most ambitious astroengineering schemes that we can imagine. Moreover, its most significant accomplishments might not necessarily have been technological at all (see extraterrestrial intelligence, more advanced than us).