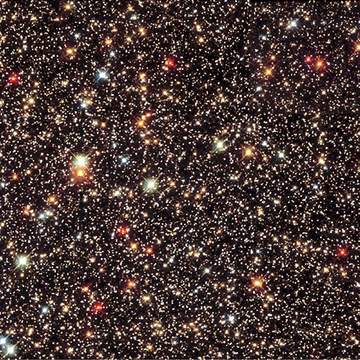 Why has no one visited us? asked Enrico Fermi.

Physicist Enrico Fermi asked: "If there are extraterrestrials, where are they?" The fact that no convincing evidence had been found of extraterrestrial activity in or near the solar system suggested to him that there were no intelligent extraterrestrial societies in the Galaxy. "If they existed," he said, "they would be here."

The same point, also known as the Space Travel Argument, was subsequently raised more forcefully and visibly, in 1966 by Freeman Dyson,1 in 1975 in two articles by Michael Hart2 in the United States and David Viewing3 in Britain, and by others. Straightforward calculations showed that a technological race capable of interstellar travel at (a modest) one tenth the speed of light ought to be able to colonize the entire Galaxy within a period of one to 10 million yr. Given that credible strategies for achieving human space colonies, interstellar colonization, and interstellar travel were already being discussed, the Galaxy-wide spread of advanced space-faring civilizations seemed readily achievable. Therefore, if such civilizations existed, why had they not come to the solar system? To advocates of the extraterrestrial hypothesis of unidentified flying objects, or the paleocontact hypothesis, the answer was simple: intelligent beings from the stars had arrived. Yet the continuing lack of hard evidence to support these claims, together with the availability, in most cases, of more mundane explanations, led the scientific community to consider other possibilities. Two camps emerged. In one were those who accepted Fermi's conclusion that the absence of extraterrestrial artifacts in the solar system implied an absence of extraterrestrial intelligence throughout the Galaxy. According to this view, SETI was a pointless exercise – "a waste of time and money" as Hart put it. In the opposing camp, were those who favored the existence of advanced civilizations elsewhere in the Galaxy and who sought, therefore, to circumvent the Fermi Paradox.

· Various explanations have been put forward, including that extraterrestrials are:

· Interested in us but do not want us (yet) to be aware of their presence (see sentinel hypothesis; zoo hypothesis).

· Not interested in us because they are by nature xenophobic or not curious (see extraterrestrial intelligence, character).

· Not interested in us because they are so much further ahead of us (see extraterrestrial intelligence, more advanced than us).

· Prone to annihilation before they achieve a significant level of interstellar colonization, because:

(a) They self-destruct.
(b) They are destroyed by external effects, such as:
(i) The collision of an asteroid or comet with their home world.
(ii) A galaxy-wide sterilization phenomenon, e.g. a gamma-ray burster.
(iii) Cultural or technological stagnation.

Abstract: Four categories of facts are explored for explaining the lack of observable extraterrestrial beings (ETs) on earth. The physical reasons are suggested to be the long travel times required by sublight-velocity spaceships, a problem that may be overcome by beings that live several millennia or that can be stored and reproduced from zygotes on arrival. Also, the energy requirements for interstellar travel, though large, are not an insurmountable difficulty. Sociologically, it is suggested that ETs have no interest in space travel, or they may have destroyed themselves with atomic wars, or the earth is being used as a wildlife preserve. No procedures exist to test these hypotheses, however. The consideration that ETs have not yet had time to find earth is discounted by calculations that show that another intelligent species in the Galaxy would have found earth if their space exploration efforts began at least 2,000,000 yr ago. It is concluded that if the earth has not yet been visited, then colonization of the Galaxy will most probably be done by humans, who may have the first advanced civilization in the Galaxy.

4. Freitas, R. A. "Extraterrestrial Intelligence in the Solar System: Resolving the Fermi Paradox," Journal of the British Interplanetary Society, 36, 496-500 (1983).

Abstract: The assertion that extraterrestrial intelligences (ETI) do not exist based on the apparent contradictions inherent in the Fermi paradox, rests upon an unproven and untenable presumption: That ETI are not now present in the Solar System. Most advanced civilisations also would be either invisible or unrecognisable using current human observational methods, so millions of advanced societies may exist and still not be directly detectable by us. Thus the Fermi paradox cannot logically be raised as an objection to the existence of ETI until these major observational deficiencies have been corrected.

Abstract: The "Fermi paradox," an argument that extraterrestrial intelligence cannot exist because it has not yet been observed, is a logical fallacy. This "paradox" is a formally invalid inference, both because it requires modal operators lying outside the first-order propositional calculus and because it is unsupported by the observational record.

6. Annis, James. "An Astrophysical Explanation for the Great Silence," Journal of the British Interplanetary Society, 52, 19 (1999).