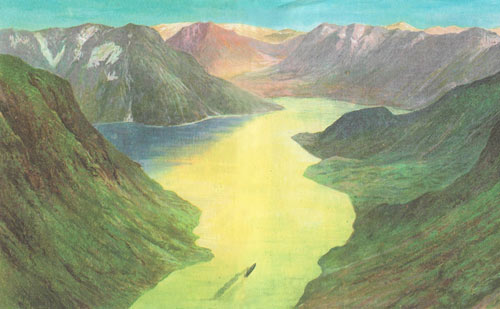 Fig 1. A typical Norwegian fjord. Note the straightness of the valley and the tributary fjord at right angles to it. 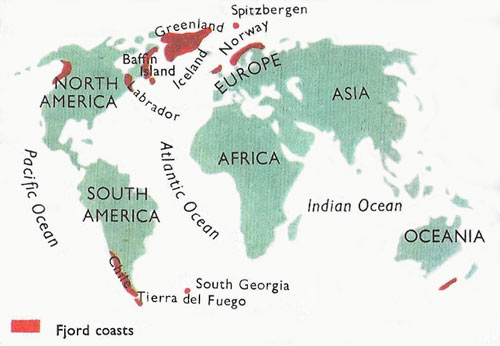 Fig 2. Fjord coasts around the world. 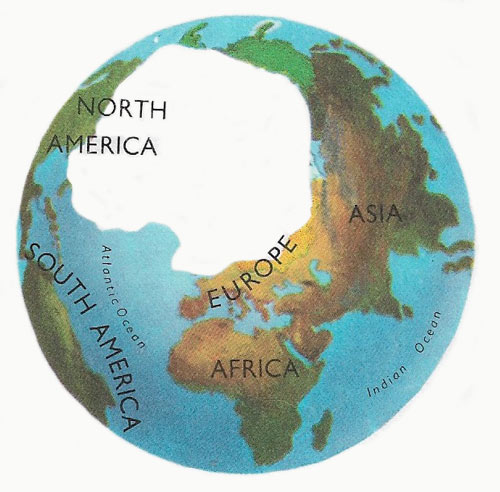 Fig 3. The extent of the ice sheets during the coldest period of the Pleistocene Ice Age. 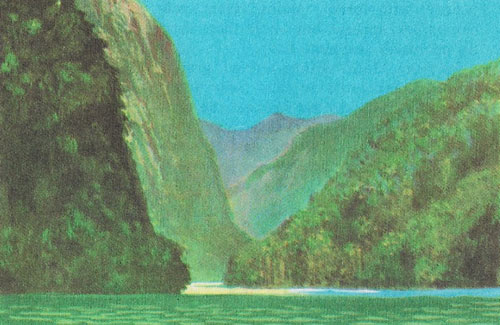 Fig 4. A typical view in the Fiordland district of New Zealand. 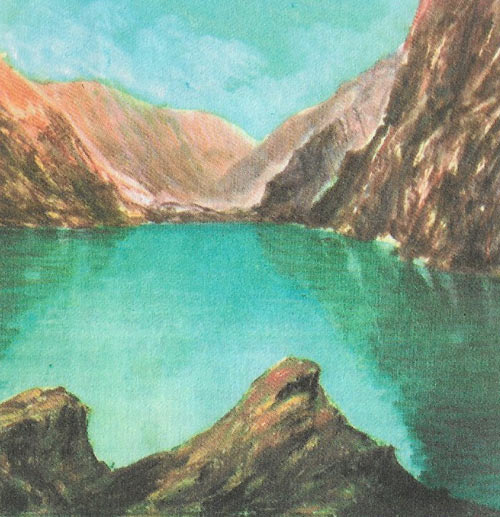 Fig 5. A view of the Lyse Fjord in Norway. 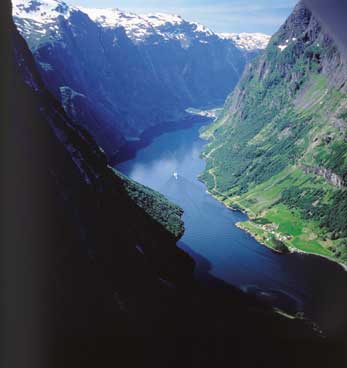 Fig 6. Photo of a Norwegian fjord.

A fjord is a narrow, deep sea inlet, steep-sided and bounded by mountains, formed by past glacial erosion. Usually there is a shallow rock threshold, probably of terminal moraine, at the seaward entrance. See also firth.

In certain parts of the world, where mountain ranges are situated close to the sea, we may find straight, narrow, and steep-sided inlets which are occupied by the sea and which may be very deep. Some of the finest examples of these inlets occur along the coasts of Norway (see Fig 1, 5, and 6) and, as a result, the Norwegian word 'fjord' is used to describe these features everywhere. Fig 3 shows the parts of the world where fjords are found. We can see that the principal fjords coasts are situated around the northern edge of the Atlantic Ocean, in Labrador, Baffin Island, Greenland, Spitsbergen, Iceland, Norway, and northwest Scotland. Another fjord coast is that of western Canada and southern Alaska. In the southern hemisphere, fjord coasts are found in southern Chile and the South Island of New Zealand where, in fact, the southwest part of the island is known as 'fjordland'. How have similar land forms developed in such widely separated places?


How fjords are formed

If we look first at the fjords of Greenland and Spitsbergen, we find that these occur in the places where the inland ice escapes through ranges of coastal mountains. Here there are large valley glaciers which are comparatively fast-moving because they descend rapidly to the sea. Such glaciers are actively eroding (wearing away) the valleys which contain them, partly by the polishing action of the ice moving over the rock, partly because the moving ice loosens rocks from the valley floor and sides. These processes are helped by frost weathering of the valley walls exposed to the air and by rock fragments carried along by the ice which scrape along the bedrock. The lower parts of these Arctic glaciers frequently reach sea-level, and the glacier 'snout' may break off or 'clave' into the sea which fills the lower part of the valley.

There are examples such as the Norwegian fjords, which show how the fjords were formed and how they look when filled by the sea. In Scotland, we can see the same sort of valley, and although the glacier has disappeared, there is plenty of evidence to show that the present shape of the valley is partly the result of glacial erosion. For example, the valley which has been altered by glacial erosion will be straighter and will have steeper sides than a valley which has only been eroded by running water. An especially important feature of a glacial trough like this is the irregularity of its floor, which is quite unlike the smooth floor of a normal valley.

This can be easily explained; the ice cuts out deep hollows in places, such as in the narrower parts of the valley, where the flow of ice is more concentrated. Also mounds of rock debris, or moraines, accumulate in other places, especially round the glacier snout. This may have the effect of filling the valley with a mixture of clay, boulders, and sand, sometimes to depths of several hundred feet. The history of such a glaciated valley after the retreat of the glacier will depend very much upon its situation. For example, if the valley lies well above sea-level, the irregularities of the valley floor will be filled by elongated, deep lakes.

These conditions are typical of any mountain area from which the glaciers have retreated and may be seen, for example, in the Lake District and the Scottish Highlands.

A fjord is essentially a glacial trough which has then been invaded by the sea. The shaping of the walls and the great depths recorded in many fjords are entirely the result of glacial erosion. So we usually find fjord coasts in an area which is mountainous and which has, at some time, had a cold enough climate for glaciers to extend lower than the present sea-level. However, not all kinds of glacier and ice sheet have the concentrated power to alter existing valleys in this way. The great ice sheets which covered much of Europe and North America during the coldest periods of the Pleistocene Ice Age (Fig 3) did not erode steep-sided glacial troughs everywhere. This occurred only in mountainous areas.


In the southern hemisphere

It is not surprising, therefore, that the two fjord districts of the southern hemisphere both coincide with high coastal ranges which are still covered with a considerable amount of permanent snow. In the Andes of southern Patagonia and Tierra del Fuego, the higher peaks still have large snowfields, and glaciers still reach the sea in many of the fjords of southwest Chile. In the Fiordland country of New Zealand (Fig 4), the permanent snow has now retreated high into the mountains, but there is plenty of evidence that the glaciers once occupied the lower valleys, too. Neither of these areas was overwhelmed by enormous ice sheets during the coldest periods of the Ice Age. In both places the glaciers were much larger than they are today, but they were still valley glaciers, like those of the Alps and similar high mountain ranges.

Although there is now little doubt about the glacial origin of fjords, there are a number of other factors which account for their development. One of these is the mature of the bedrock. The most spectacular fjord scenery occurs in areas where the rocks are massive and resistant.

Where fjords have been formed in softer sedimentary rocks, such as parts of Spitsbergen and northern Greenland, the inlets are usually wider and the scenery is less dramatic.

Many fjords have an angular or even rectangular pattern. This can be seen on an atlas map of Norway, and similar patterns are also found in Greenland. There is a close relationship between these patterns and the geographical formation. Some geologists have attempted to show that the location of fjords is determined by geological formation, but not many people hold this view.


Fjords and means of communication

A fjord can be both a means of easy communication and a barrier to communication. In Norway, many important settlements lie far inland, yet they are easily reached by ocean-going ships which can navigate the deep, sheltered fjords in perfect safety. For example, the city of Trondheim is nearly 50 mi from the open sea, and yet it is an important port. On the other hand, road and rail communication are made very difficult because of the need for many large bridges, or ferry services which are expensive to run and which lead to frequent delays.