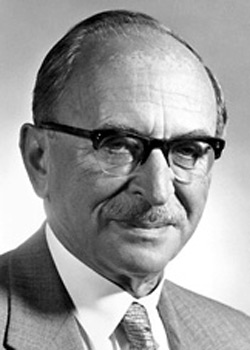 Dennis Gabor was a Hungarian-born British physicist who invented holography, for which he was awarded the 1971 Nobel Prize in Physics. Gabor had developed the basic technique in the late 1940s, but practical applications had to wait for the invention of the laser (1960) by Charles Townes. Gabor also carried out research in optics, inventing a type of color television tube, and also communication theory. He was an environmentalist, often lecturing on the Earth's limited resources.