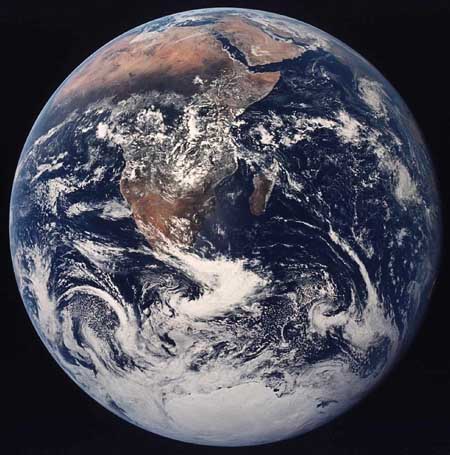 The Gaia hypothesis is the idea that life on Earth controls the physical and chemical conditions of the environment. Named after the Greek Earth goddess Gaea, it was originally formulated by James Lovelock and Lynn Margulis in the late 1960s and early 1970s, and has attracted both critics and supporters in large numbers. Different forms of it have been proposed, varying from "weak" to "strong." Weak Gaian models assert simply that the biota have a substantial influence over certain aspects of the abiotic world, such as temperature and composition of the atmosphere. Or, they may go further and argue that just as the biota influence their abiotic environment, so the environment influences the evolution of the biota by exerting Darwinian selection pressures. The version put forward by Lovelock and Margulis is strong in that it depicts terrestrial life as influencing the abiotic world by a series of negative feedback loops in a way that is fundamentally stabilizing. As Lovelock puts it in The Ages of Gaia:

The Gaia hypothesis says that the temperature, oxidation state, acidity, and certain aspects of the rocks and water are kept constant, and that this homeostasis is maintained by active feedback processes operated automatically and unconsciously by the biota.

The oceans, the atmosphere, and all biological material on Earth are thus portrayed as integral components of a vast, self-regulating system. Not only that but life, in the original concept of Gaia, is seen as regulating the environment so as to maintain suitable planetary conditions for the good of life itself. In the opinion of Lovelock and Margulis:1

[T]he Earth's atmosphere is more than merely anomalous; it appears to be a contrivance specifically constituted for a set of purposes ... it is unlikely that chance alone accounts for the fact that temperature, pH and the presence of compounds of nutrient elements have been, for immense periods, just those optimal for surface life. Rather ... energy is expended by the biota to actively maintain these optima.

According to the Gaia hypothesis, individual life-forms on this planet exhibit the sort of cooperative action in regulating the chemical composition of the atmosphere and the amount of ultraviolet radiation that can pass through it (see Earth, atmosphere), the surface temperature of Earth and its water content, and other key factors, expected from a single organism.2 This gives rise to the notion of planets as living beings.