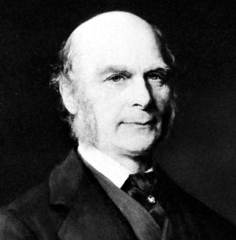 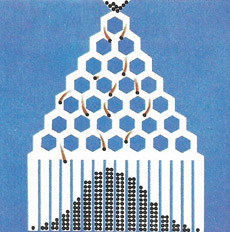 Francis Galton was an English polymath who founded eugenics and biostatistics (the application of statistical methods to animal populations). He coined the term "anticyclone" and was one of the first to realize the importance of anticyclones in meteorology. He also developed one of the first fingerprint systems for identification.

In a letter to the London Times, on August 6, 1892, Galton proposed using a combination of mirrors to reflect sunlight toward Mars in order that it might be detected by any martian astronomers with the aid of telescopes. This was similar to an earlier idea put forward by Charles Cros in France. It stimulated a lively debate in England on (a) the likelihood of there being intelligent life on Mars and other neighboring worlds (including the Moon), and (b) the merits of trying to send signals. One of those who opposed the scheme was Richard Hutton.

The Galton board is a device invented by Francis Galton to demonstrate that the normal distribution approximates to the binomial distribution. The rain of balls ends up in piles that are close to being a bell-shaped curve.

communication with the Moon and planets