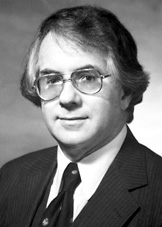 Sheldon Glashow is an American physicist who shared the 1979 Nobel Prize in Physics with Abdus Salam and Steven Weinberg for their theoretical work in describing the electroweak force – a unification of the weak force and electromagnetism. He also proposed that quarks make up particles that interact via the strong force. Glashow attended Cornell and Harvard, and joined the Harvard faculty in 1966.