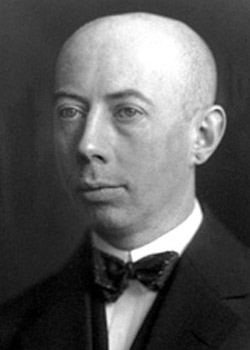 Gustav Hertz was a German physicist who shared with James Franck the 1925 Nobel Prize in Physics for their research on the electron bombardment of atoms which showed the internal structure of the atom to be quantized, and so provided strong support for the quantum theory (see quantum mechanics). Hertz was professor of physics at Berlin and director of the Siemens Research Laboratory until 1945. He worked as head of a research laboratory in the Soviet Union from 1945 to 1954, returning then to East Germany to become director of the Physics Institute at Leipzig. He was the nephew of Heinrich Hertz.