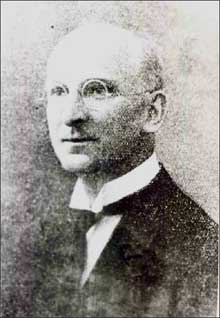 Walter Hohmann was a German rocket engineer who was a prominent member of the Verein für Raumschiffahrt (German Rocket Society) in the late 1920s but broke off contact with it when it was taken over by the military. His book Die Erreichbarkeit der Himmelskörper (The Attainability of Celestial Bodies), published in 1925, was so technically advanced that it was consulted decades later by NASA when planning its first interplanetary probes. In it, he describes his "power tower" spacecraft, a huge cone-shaped rocket with an egg-shaped manned capsule at the top, and, more importantly, the interplanetary transfer orbits that have been named after him (see Hohmann orbit). He also wrote popular works in the field of rocketry, as did his contemporaries Willy Ley and Max Valier.

Hohmann died in a hospital in Essen shortly before the end of World War II as a result of stress experienced during the intense Allied bombing of the city.