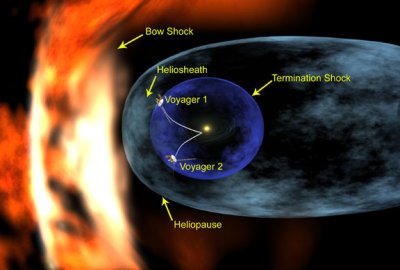 Upstream of the heliopause, in the ISM, theory suggests the existence of a bow shock where the incoming interstellar wind first reacts to its impending collision with the Sun's magnetosphere. Downstream from the Sun is thought to be a long, turbulent tail. The extent to which interstellar matter penetrates inside the heliopause is open to question but may be partially determined by the first interstellar probes.