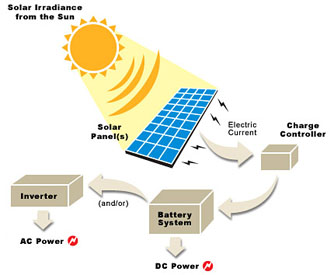 How an inverter works as part of a solar power system. 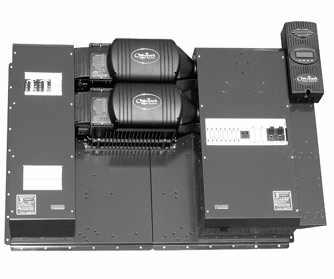 An inverter is a device that converts direct current electricity (for example, from a solar module or array) to alternating current (single or multiphase), for use in operating AC appliances or supplying power to an electricity grid.

With reference to air conditioners, inverter technology allows variability over control of a compressor in an air-conditioning unit. Traditional air-conditioners rely on switching the compressor on and off to control operations, which is less energy efficient.