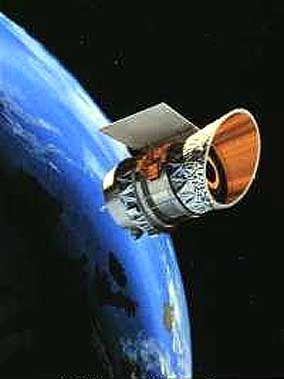 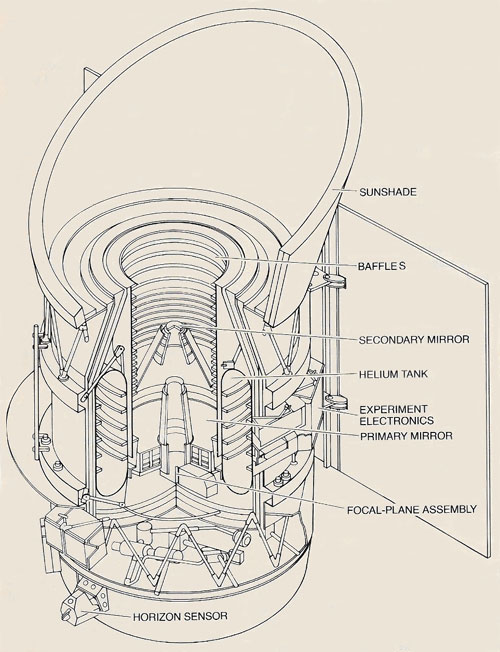 IRAS carried a telescope with a primary mirror 57 cm in diameter and an array of electronic detectors sensitive to infrared radiation. In order to eliminate infrared emissions from the instrument itself the telescope was cooled with liquid helium, which kept the barrel and the optical system at about 10 degrees kelvin and the detectors at two degrees.

Infrared Astronomy Satellite (IRAS) was the first spacecraft to be equipped with an infrared telescope – a 0.57-m (23-in) instrument, cooled by liquid helium, that operated successfully for 300 days. Launched in 1983, a joint project of the United States, United Kingdom and the Netherlands, IRAS carried out an all-sky survey at 12, 25, 60 and 100 microns, detecting about 250,000 sources and more than doubling the number previously catalogued. Among its discoveries were warm dust disks around certain stars, including Vega, Fomalhaut, and Beta Pictoris, starburst galaxies, several new comets and asteroids, and infrared cirrus. IRAS also revealed for the first time details of the core of the Milky Way Galaxy.


Launch and other information