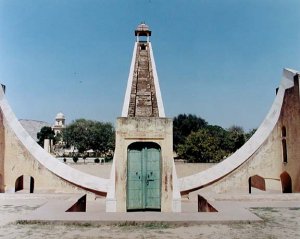 As in other cultures, astronomy grew up in ancient India alongside religion and astrology. The underlying Indian cosmology is based on the idea of the unity of the cosmos and that it should be perceived as an organic whole in which all parts are interdependent. The Sun (Surya) is the center of creation, the point at which the seen and unseen worlds unite, and is the visible source of the world in which we live. Such beliefs may help explain why Indian astronomers, 1,500 years ago, held such advanced notions as that Earth goes around the Sun and that stars are really distant suns.

In India today, the science of astronomy is called khagola-shastra, which translates literally as 'system of the sphere of stars' (kha = stars, gola = sphere, shastra = system). The famous astronomical observatory at the University of Nalanda is also called Khagola. This is where the great fifth century Indian astronomer Aryabhata studied and extended the subject. Only Brahmagupta, more than a century later, rivaled him in stature on the subcontinent.