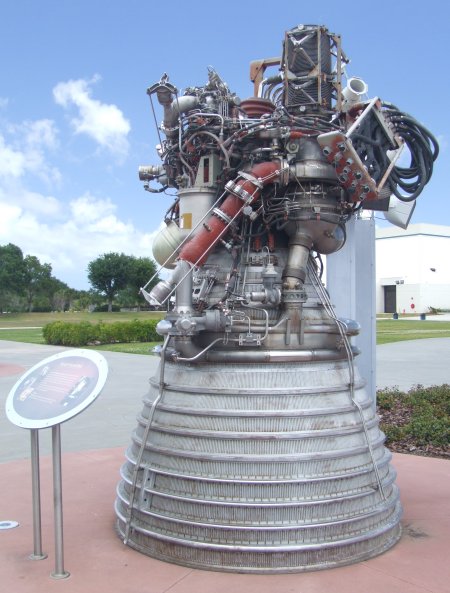 The J-2 was an American liquid-propellant rocket engine, manufactured by Rocketdyne, that ranks among the most important in the history of manned spaceflight propulsion. It was the first manned booster engine that used liquid hydrogen as a fuel and the first large booster engine designed to be restarted multiple times during a mission. It was so versatile that it was used for both the second and third stages of the Saturn V and, in modified form, was used to demonstrate principles that led to the development of the Space Shuttle Main Engine. Capable of providing about one million newtons of thrust, the J-2 featured independently-driven pumps for liquid oxygen and liquid hydrogen, a gas generator to supply hot gas to two turbines running in series, and pneumatic and electrical control interlocks.