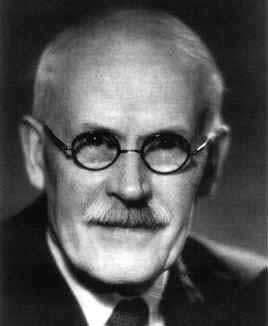 Harold Jeffreys was a British scientist who, from 1917 on, made original contributions to the tidal hypothesis of the origin of the solar system (see Jeans-Jeffreys tidal hypothesis). He also developed early models of the structures of the outer planets and was the first to propose that the Earth's core is liquid.

Jeffreys was born in Northumbria, in the northeast of England, and educated at Armstrong College (now the University of Newcastle) and Cambridge University. He became a Senior Fellow of St. John's College, Cambridge, and was knighted for his services. Jeffreys published more than 300 scientific papers and was the author of seven books, including Theory of Probability and Mathematical Physics (with his wife, Bertha Swirles Jeffreys). He made numerous contributions to the theory of seismology.