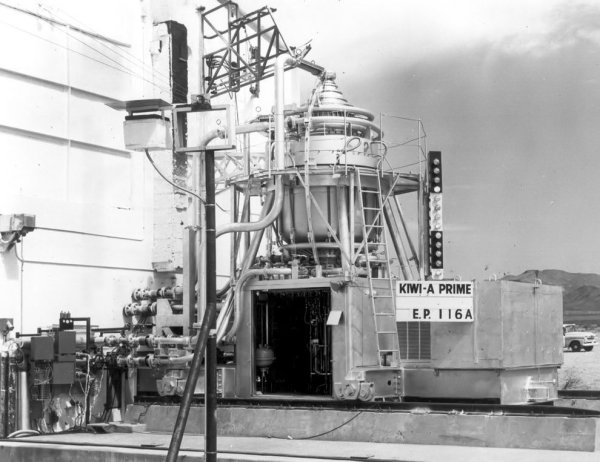 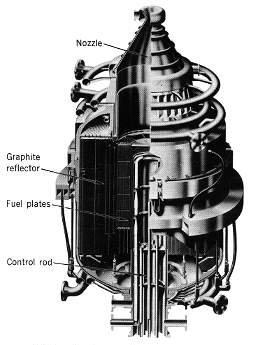 Cutaway diagram of a KIKW-A reactor, showing the basic design of the graphite core. Credit: NASA.

KIWI was a series of nuclear reactors, designed and built in the late 1950s and 1960s as part of the Rover program, to develop the basic technology of nuclear thermal rockets (see nuclear propulsion). The KIWI-A series of tests developed the technologies of instrumentation and control, fuel element design and fabrication, and structural design. The KIWI-B series was designed to increase power 10-fold while maintaining the same size. It faced a problem first encountered with KIWI-A: internal vibrations caused by dynamic flow instability fractured portions of the fuel elements. This problem was finally overcome in KIWI-B4. The KIWI-TNT was a test reactor for the effects of sudden explosion and excursion. Other reactors developed during the Rover program were Phoebus, Pewee-1, and Nuclear Furnace 1.