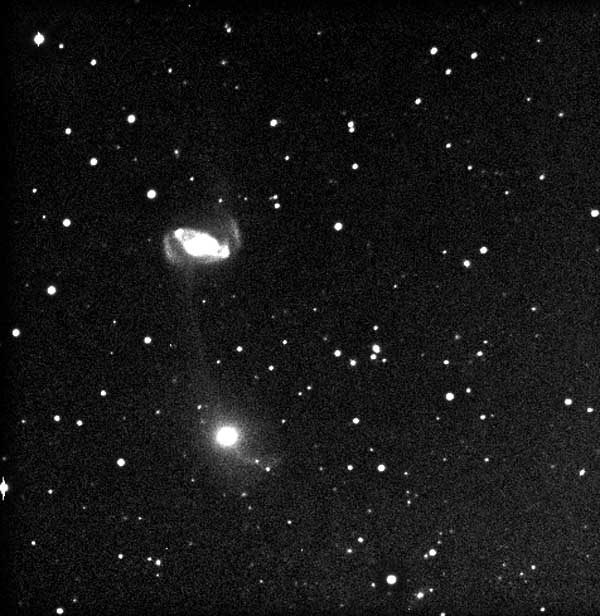 Keenan's System (NGC 5216 and NGC 5218) is a fascinating pair of interacting galaxies in the constellation Ursa Major (RA 12h 30m 30s; Dec +62° 59'), first remarked upon by P. C. Keenan who noticed the remarkable filament between the peculiar type spiral NGC 5216 and the globular galaxy NGC 5218. His note on this system seems to have been overlooked by most of the workers in the field, and the pair was subsequently rediscovered by observers at the Lick and Palomar observatories. While there hovers a mass of luminous debris around and in between the two galaxies, the most singular structures are the concentrated string-like formation connecting the two systems and the fingerlike extension, or countertide, protruding from the globular cluster NGC 518 and starting on the same tangent as the interconnecting filament. Keenan's System lies about 17.3 million light-years away.