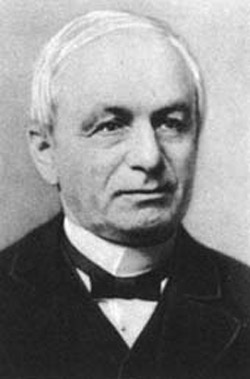 Leopold Kronecker was a German mathematician and pioneer in the field of algebraic numbers who formulated the relationship between the theory of numbers, the theory of equations, and elliptic functions. He acquired a passion for number theory from Ernst Kummer, his instructor at the Liegnitz Gymnasium. Kronecker, who made a fortune in business before returning to his academic studies, claimed that mathematical argumentation should be based only on integers and finite procedures. He was one of Georg Cantor's sternest critics and refused to accept the validity of the Weierstrass function.