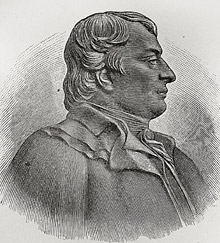 Nicolas Leblanc was a French chemist who invented (1790) the Leblanc process for obtaining soda (sodium carbonate, Na2CO3) from common salt. The salt was treated with sulfuric acid to give sodium sulfate, which was then heated with chalk and charcoal to give a "black ash" from which the sodium carbonate could be washed with water. Leblanc was physician to Louis Phillipe, Duc d'Orléans, who helped him establish a factory to produce soda ash. The process was supplanted late in the 19th century by the Solvay process.