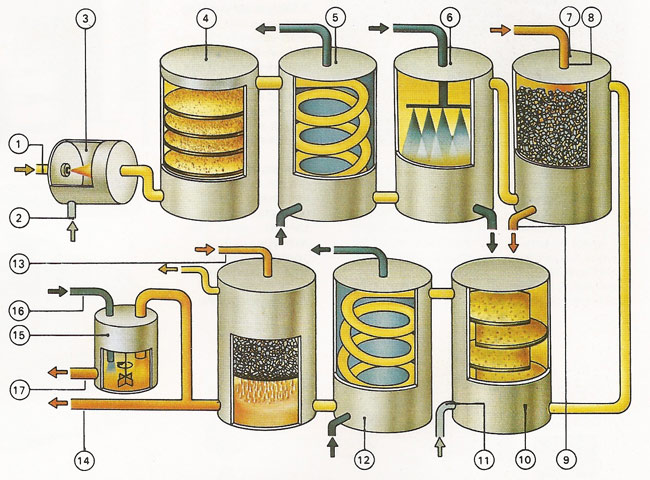 Sulfuric acid (H2SO4), formerly known as oil of vitriol, is a highly corrosive, dense, oily liquid, colorless to dark brown depending on its purity. Sulfuric acid (H2SO4) is an oxidizing agent, reacting with metals, sulfur, and carbon on heating, and is a powerful dehydrating agent. In aqueous solution it is a strong acid, and reacts with bases and most metals to give sulfates. Fuming sulfuring acid, or oleum, is 100% sulfuric acid containing dissolved sulfur trioxide; it is used to manufacture sulfonic acid.

Sulfuric acid is used to manufacture a variety of chemicals including fertilizers, dyestuffs, paints, detergents, and explosives. It is itself manufactured industrially by the oxidation of sulfur dioxide in the contact process (see below).