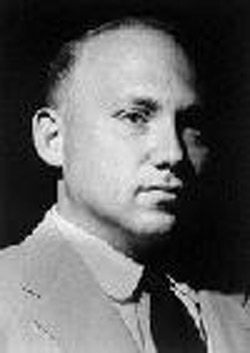 Joshua Lederberg was an American geneticist at Stanford University who shared the 1958 Nobel Prize in Physiology or Medicine with George Beadle and Edward Tatum for discovering the mechanisms of genetic recombination in bacteria. With Tatum, Lederberg showed that the offspring of different mutants of Escherichia coli had genes recombined from those of the original generation, thus establishing the sexuality of E. coli. Later he showed that genetic information could be carried between Salmonella by certain bacterial viruses.

In 1958, while at the University of Wisconsin (where he was chairman of the medical genetics department), Lederberg was the first to raise the issue of biological contamination by space missions.1 He was subsequently appointed chairman of WESTEX and then of the Space Science Board's Committee 14 on Exobiology. In 1960, Lederberg introduced the term "exobiology,"2 and in 1961 was among the group of researchers who attended the first SETI conference at Green Bank.3