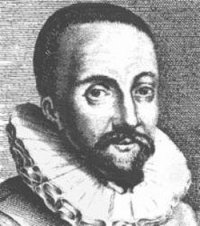 Hans Lippershey was a German-born Dutch lens-maker who appears to have been first to use lenses in combination, though whether he made the first refracting telescope is a matter of debate. His compatriots James Metius and Zacharias Jansen were among those who claimed priority. However, it is beyond doubt that Lippershey applied for a patent for a two-lens refractor in 1608, intending it for a military application. Galileo heard of the device, through Jacques Bovedere of Paris, in the spring of 1609 and the age of telescopic astronomy began in short order.