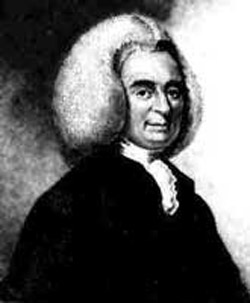 Colin Maclaurin was a Scottish mathematician who developed and extended Isaac Newton's work on calculus and gravitation, and did notable work on higher plane curves. In his Treatise of Fluxions (1742), he gave the first systematic formulation of Newton's methods and set out a method for expanding functions about the origin in terms of series now known as Maclaurin series. Maclaurin also invented several devices, made astronomical observations, wrote on the structure of bees' honeycombs, and improved maps of the Scottish isles.

It is an anallagmatic curve that intersects itself at the origin.