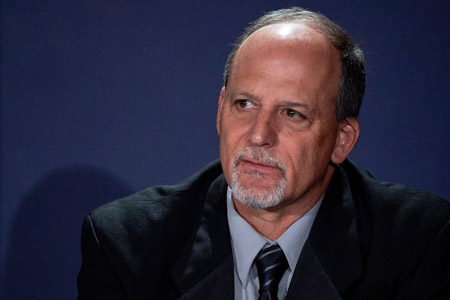 Geoffrey Marcy was a professor of astronomy at the University of California, Berkeley who, together with Paul Butler and other colleagues, was responsible for the discovering many exoplanets and for obtaining evidence that (a) the solar system may be unusual in its makeup, and (b) that brown dwarfs in orbit around stars are surprisingly rare. From 1998, Marcy served on the NASA working groups concerned with the Terrestrial Planet Finder and the origin of the solar system. He obtained a BA from the University of California, Los Angeles (1976), and a PhD from the University of California, Santa Cruz (1982). He was forced to resign his academic positions following allegations of serial sexual abuse of students and colleagues.