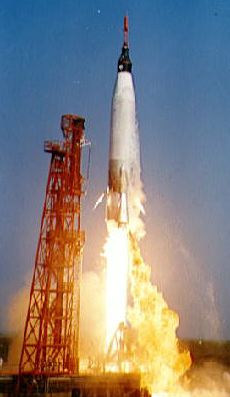 Mercury-Atlas was an Atlas D missile adapted to carry a manned Mercury capsule. The engine thrusts were exactly the same as the operational Atlas D, with only the flight profile altered to carry the Mercury capsule into orbit and certain safety features introduced to protect the astronauts. Amazingly, without its launch escape tower, the entire Mercury-Atlas would have fit inside the payload bay of the Space Shuttle.