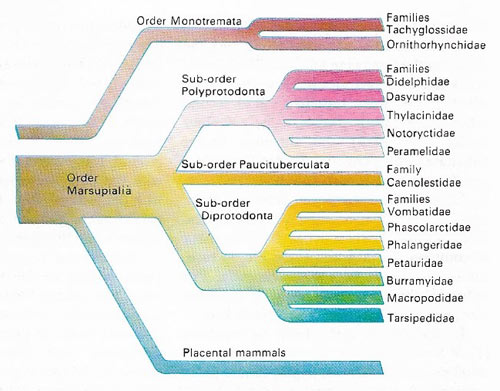 Fig 1. Only two branches, the egg-laying mammals, exist today: the spiny anteaters of Australian and New Guinea and the Australian duck-billed platypus. They belong to the sub-class 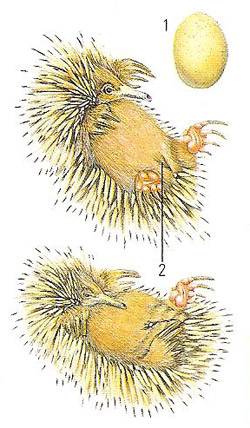 Fig 2. The echidna lays a tiny egg (1) that is soft-shelled and resembles a reptile's egg. Once the egg is laid, the echidna uses its hind limbs to roll it to a special incubation groove (2). The minute hatchling is about 1.25 cm (0.5 in) long.

The Monotremata are a subclass of mammals, living members of which are restricted to five species – four species of echidna (spiny anteater) (Tachyglossus sp) and the duck-billed platypus (Ornithorhnchus sp), all found only in Australia and New Guinea (Fig 1). Monotremes differ from all other mammals in not bearing live young because, like reptiles, they lay eggs with soft leathery shells. The eggs are temporarily transferred to a pouch beneath the female's abdomen where they hatch and are nourished by rudimentary mammary glands.

Although the monotremes have fur that evolved to help maintain body temperature, the temperature-regulating mechanism in the brain is imperfect; as a result they tend to be cooler and have a more variable body temperature than higher mammals.

Both kinds of monotremes have, however, developed marked specializations peculiar to their different ways of life. The platypus has webbed feet as well as its duck-like bill to equip it for an aquatic existence. The echidna has long claws and a pointed nose for digging ants out of their nests.