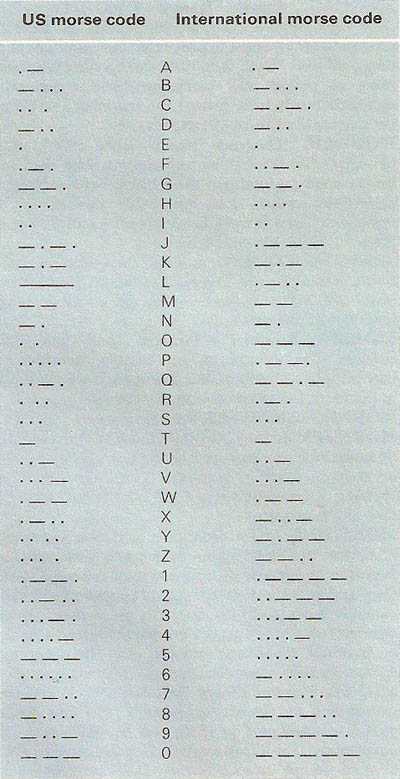 Samuel Morse was an American inventor of an electric telegraph. His first crude model was designed in 1832, and by 1835 he could demonstrate a working model. With considerable help from Joseph Henry (which later he refused to acknowledge) he developed by 1837 electromagnetic relays to extend the range and capabilities of his system. Charles Wheatstone's invention had preceded Morse's, so that he was unable to obtain an English patent, and in the US official support did not come until 1843. His famous message, "What hath God wrought!", was the first sent on his Washington-Baltimore line on May 24, 1844. For this he used Morse code, devised in 1838. In early life, Morse was a portrait painter.

Morse code is a signal system devised (1838) by Samuel Morse for use in the wire telegraph, now used in radiotelegraphy and elsewhere. Letters, numbers, and punctuation are represented by combination of dots (brief taps of the transmitting key) and dashes (three times the length of dots). The codes for letters of the alphabet, or numbers, vary in length from a single dot or dash to six dots or dashes or a combination thereof.