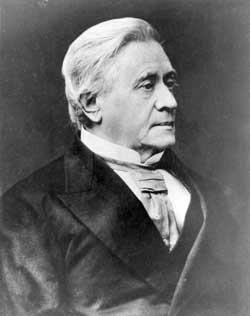 Joseph Henry was an American physicist best known for his electromagnetic studies. His discoveries include induction and self-induction; though in both cases Michael Faraday published first. He also devised a much improved electromagnet by insulating the wire rather than the core; invented one of the first electric motors; helped Samuel Morse and Charles Wheatstone devise their telegraphs; and found sunspots to be cooler than the surrounding photosphere. The henry is named after him.