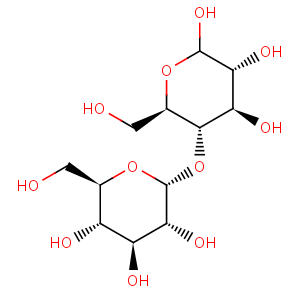 Maltose, also called malt sugar, C12H22O11, is a disaccharide that contains two molecules of the simple sugar glucose. It is produced by the hydrolysis of starch by the enzyme amylase in, for example, germinating seeds (such as those of barley), and by the breakdown of starches and glycogen during digestion. Maltose is used in brewing, soft drinks, and foods. Melting point: 102°–103°C.