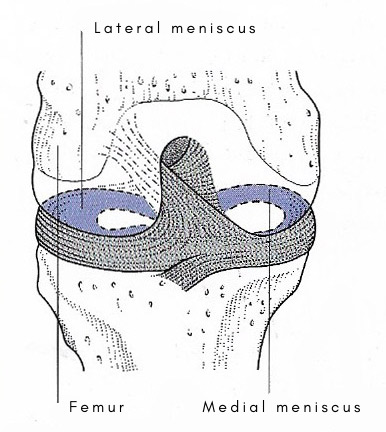 Menisci of the knee.

A meniscus is a crescent-shaped disk of cartilaginous tissue found in several joints in the body. The knee joint has two menisci; the wrist joint and the temporomandibular joints of the jaw have one each. The main functions of the menisci, which are held in position by ligaments, are to reduce friction during joint movement and to increase joint stability.