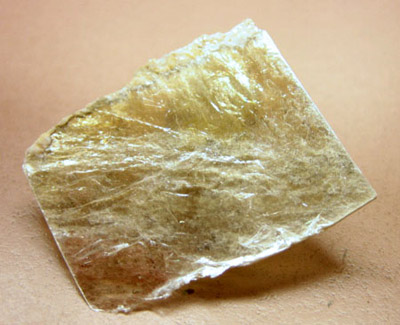 Muscovite, also called isinglass, is a sheet silicate mineral, hydrous potassium aluminium silicate (KA1 2(Si3A1)10(OH)2), the commonest species of mica, It is chiefly obtained from pegmatite dikes in India and the United States.

Found in many kinds of rocks, muscovite crystallizes in hexagonal, tabular forms in the monoclinic system. Its name derives from its use as a glass in Muscovy, Russia. It is clear or tinted with varied lusters. Hardness 2–2.5; relative density 2.9.