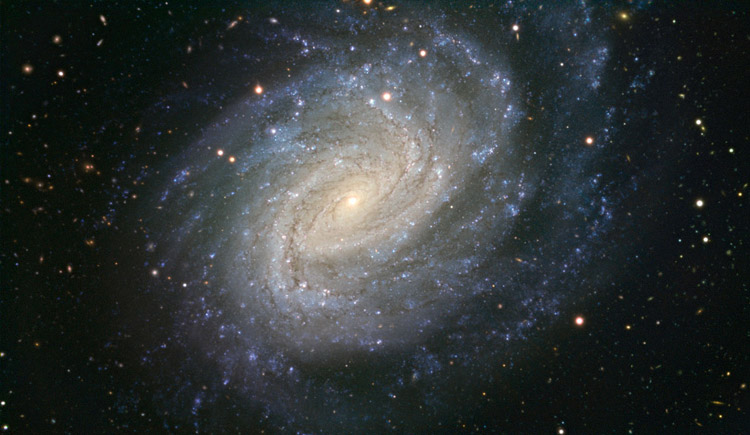 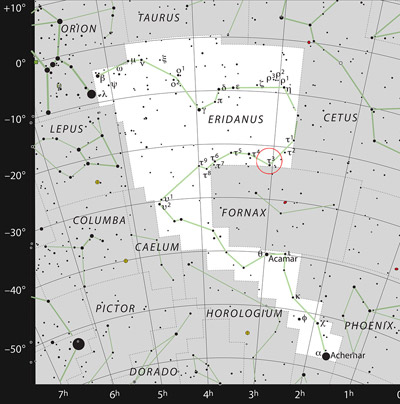 NGC 1887 is large spiral galaxy, discovered by William Herschel in 1784, which lies 60 million light-years away in the constellation Eridanus. Within the past 30 years it has been the site of two supernovae – SN 1982R, discovered at La Silla Observatory in 1982, and SN 2007Y, discovered by a South African amateur astronomer in 2007. Both these supernovae appear to be of the kind known as Type Ib, meaning that they were caused by the core-collapse of massive stars that previously had lost most of their outer hydrogen-helium envelopes.

NGC 1187 is seen almost face-on from our vantage point, allowing a clear view of the galaxy's half-dozen major spiral arms – home to large amounts of gas and dust, out of which many young blue stars have recently formed. The inner regions glow yellow in the light of older stars, and there is a central bar structure by which, it's believed, material flows from the spiral arms toward the center of the galaxy, enhancing star formation there.