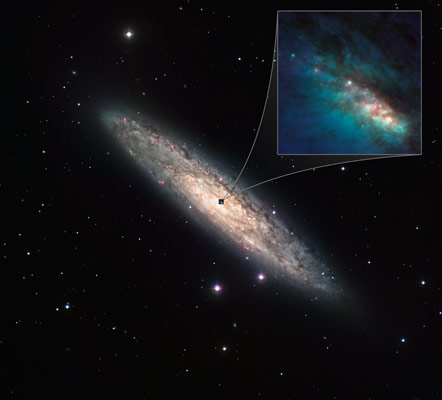 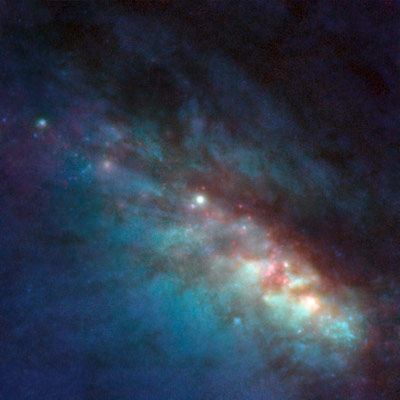 Close-up of the central regions of NGC 253. The field of view is 15 arcseconds. Credit: ESO.

NGC 253, also known as the Silver Coin Galaxy or the Sculptor Galaxy, is a large, type Sc spiral galaxy, seen nearly edge-on. It is the brightest member of the Sculptor Group of galaxies in the constellation Sculptor and was discovered by Caroline Herschel on 23 September 1783.

NGC 253 is also classified as a starburst galaxy (the nearest one to Earth) because of the high rate of star formation and dense dust clouds in its nucleus. The energetic nuclear region glows brightly at X-ray and gamma-ray wavelengths. The center of the galaxy appears to harbor a twin of our own Milky Way's supermassive black hole.