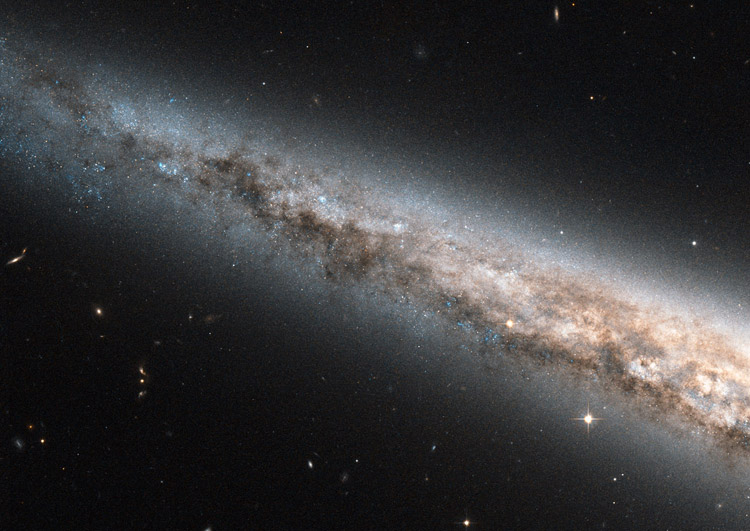 Part of the disk of the Needle Galaxy as imaged by Hubble in 2012. 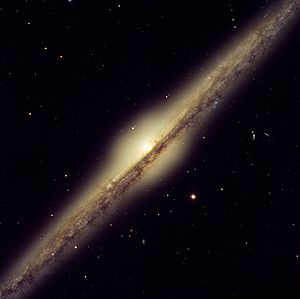 The Needle Galaxy seen in its entirety in this ESO image.

The Needle Galaxy (NGC 4565) is one of the most famous examples of a spiral galaxy that appears almost edge-on as seen from our vantage point here on Earth. Officially catalogued as NGC 4565 (or Caldwell 38), it's been nicknamed the Needle Galaxy because when seen in full it forms a very narrow streak of light on the sky. It lies about 40 million light-years away (relatively close by galactic standards) in the constellation Coma Berenices and was first observed by William Herschel in 1785.

The Needle is a big galaxy by spiral standards – a third as big again as our own Milky Way Galaxy (which is above average size). What's most interesting is that it looks pretty much like the view we get from the Solar System looking into the core of the Milky Way because the Sun is embedded in the disk of our galaxy.