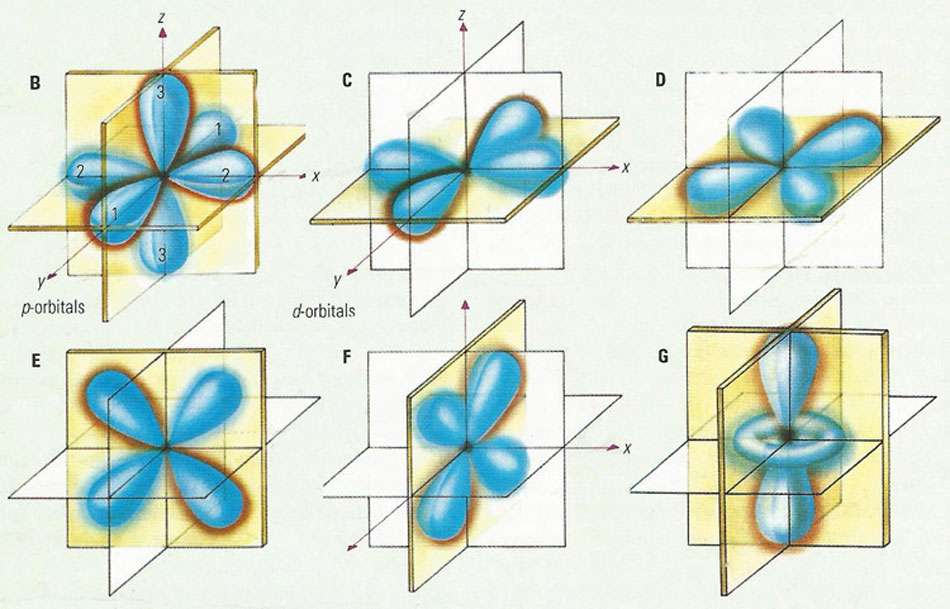 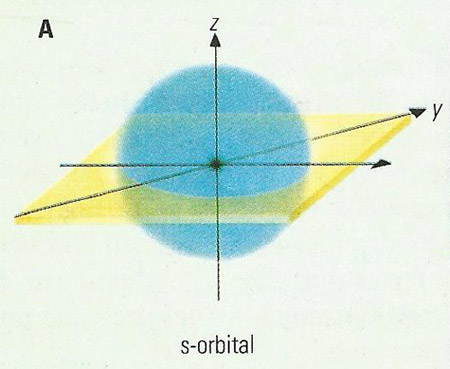 Fig 2. The simplest types of orbital: the s-orbital. 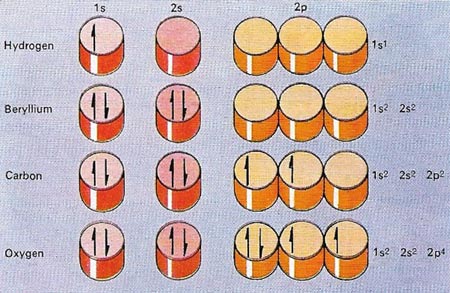 Fig 3. The positions of electrons in a neural atom of any element can be shown in a 'pigeon-hole' notation. The orbitals are signified by a number – the principal quantum number that indicates the average distance of the electron from the nucleus – and a letter that indicates the shape of the orbital. The letters used for identification are derived from the initial letters of the four types of spectral lines, s, p, d and f and then proceed alphabetically. Because electrons – shown by half arrows – can spin in opposite directions, each pigeon-hole can hold two electrons. 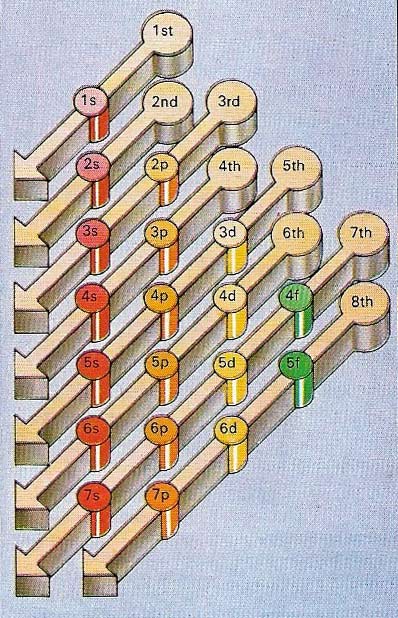 Fig 4. Atoms have more and more electrons as they build up to form the heavier elements and the order in which they occupy orbitals depends on the particular binding energy. In general, the closer an electron is to the nucleus, the greater is the energy. As electrons get farther away from the nucleus, the energy relationships become more complex. So that, for example, the 4s orbital is more strongly binding than the 3d orbital, and is filled with electrons before it. The chart shows the general order for the filling of orbitals as atoms get larger. However, even this is an approximation and there are a few exceptions to it.

An orbital is a wavefunction that describes what an electron with a given energy is doing, and where it is most likely to be found, inside an atom or molecule. Equivalently, an orbital can be thought of as one of the regions in the space around an atomic nucleus in which electrons are allowed.

The energy of any electron depends upon the first two quantum numbers and, because its behaviour depends largely on its energy, chemicals have developed a kind of shorthand for describing an electron's energy level. Each electron in an atom can be described by a number followed by a letter. The number is the same as the principal quantum number, but the values 0, 1, 2 and 3 for the second quantum number are represented (for historical reasons) by the letters s, p, and 7. By knowing the numbers of electrons in different orbitals, a chemist can predict the behaviour of any particular atom.

The simplest type of orbital – the s-orbital – is spherical and can be occupied by a maximum of two electrons. p- and d-orbitals are more complex in shape. There are three p-orbitals in each energy level (above the first) set at right-anges to each other. d-orbitals come in sets of five (C through G in Fig 1).