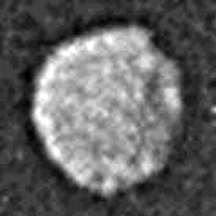 Puck is the twelfth moon in order of distance from Uranus. It is is named after one of the fairies in Shakespeare's A Midsummer Night's Dream and is also known as Uranus XV. Puck was one of 10 new moons discovered in 1986 from images sent back by Voyager 2 and the only one found soon enough to allow further images of it to be captured by the spacecraft. These reveal a roughly spherical shape pockmarked by several large craters, three of which have been named (Bogle, Butz, and Lob).