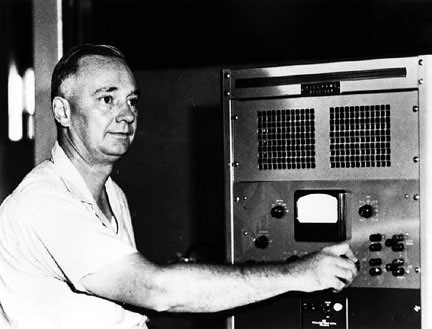 Grote Reber was an American radio engineer who was the first to follow up Karl Jansky's 1933 announcement of the discovery of radio waves from space. Reber built a 9-m dish antenna in his backyard and equipped it with three different detectors before finding signals at a wavelength of 1.9 meters. His 1940 and 1944 publications of articles titled " Cosmic Static" in the Astrophysical Journal marked the beginning of intentional radio astronomy. He was the first to express received radio signals in terms of flux density and brightness, first to find evidence that galactic radiation is non-thermal, and first to produce radio maps of the sky.