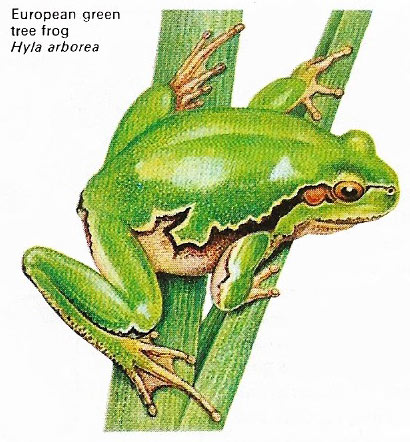 Fig 1. The European green tree frog has disks at the ends of its toes that enable it to grip slender branches of the trees in which it lives. It is found throughout Central Europe, southern Italy and eastwards to Asia. When frightened, or when the sky becomes overcast, it changes color from bright green to gray. 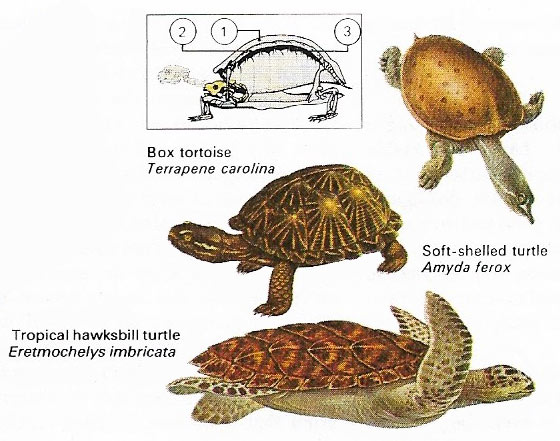 Fig 2. Tortoises and turtles have a massive bony shell (1) made of plates of keratin that are fused to the backbone (2) and ribs (3). Most can pull back their heads under the shell when danger threatens. The North American box tortoise spends most of its time on land, whereas the soft-shelled turtle and the tropical hawksbill turtle are both entirely aquatic.

Fig 4. Boulenger's arrow-poison frog lives at high altitudes in the South American Andes. It is easily caught and local people use a venom secreted from its skin to poison the tips of their hunting arrows. 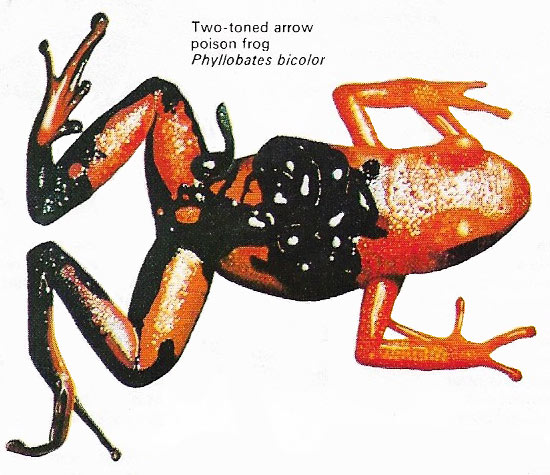 Fig 6. The two-toned arrow-poison frog is native to Peru. The poison exuded by the skin is used by Indians to coat their arrows. The rim of the frog's upper jaw is armed with small teeth. 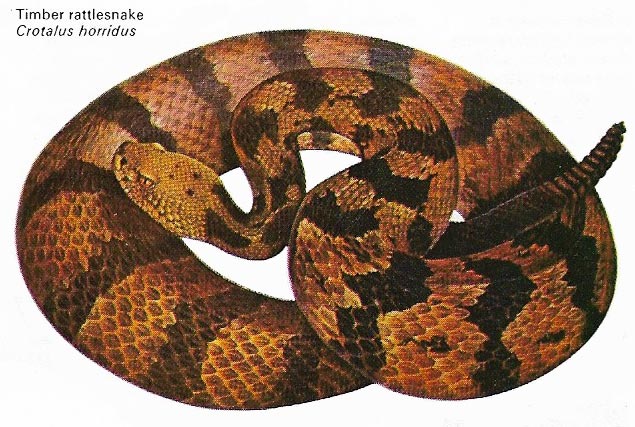 Fig 7. The timber rattlesnake is common in the northeastern United States and southern Canada. Highly venomous, it grows up to 2 m (6.5 ft) long and is found in groups of a hundred or more in winter. 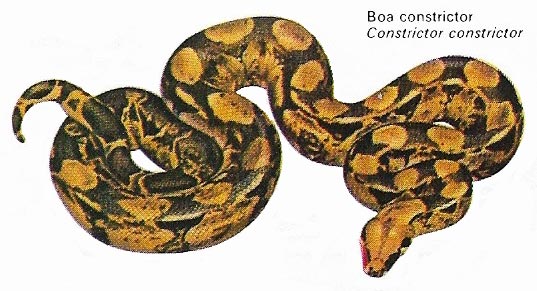 Fig 8. The boa constrictor is a large snake that grows up to 3.6 m (12 ft) long. It lives in underground holes or in trees in many areas of South America. It preys on birds and small mammals such as rats and agoutis, which it kills by entwining them in its coils and crushing them until they suffocate. 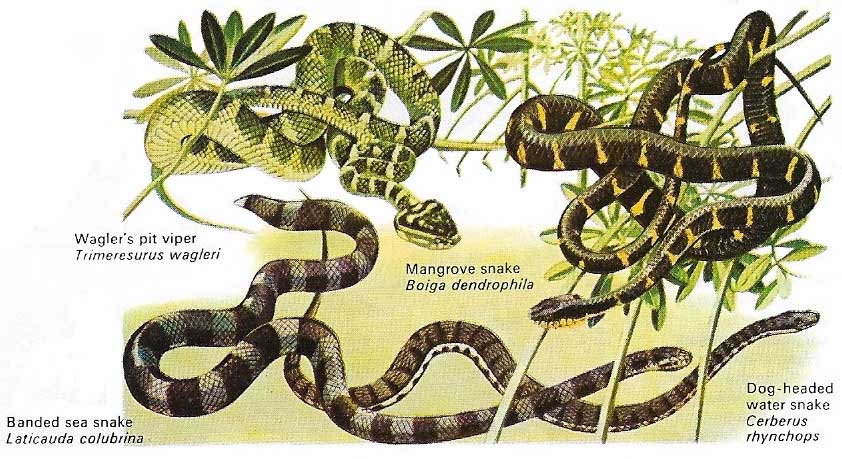 Fig 9. Snakes found in mangroves include tree-living species and species that have adopted to an aquatic way of life. The two arboreal snakes have become adapted to different feeding methods. The bird-eating boiga moves rapidly in order to catch its prey, while Wagner's pit viper is more likely to lie in wait for prey which it detects with heat-sensitive pits between the nostrils and eyes. The aquatic snakes hunt fish and mollusks. 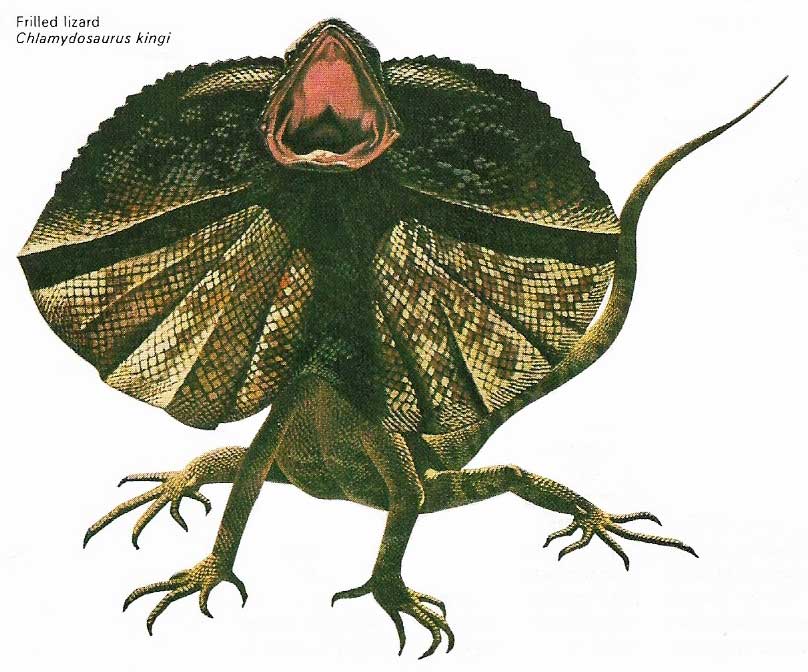 Fig 10. The frilled lizard feeds on insects and other invertebrates. It lives in Australia and erects its frill (normally held back against the body) to frighten and confuse an enemy. It runs quickly, sometimes with its forelegs and tail held clear of the ground. 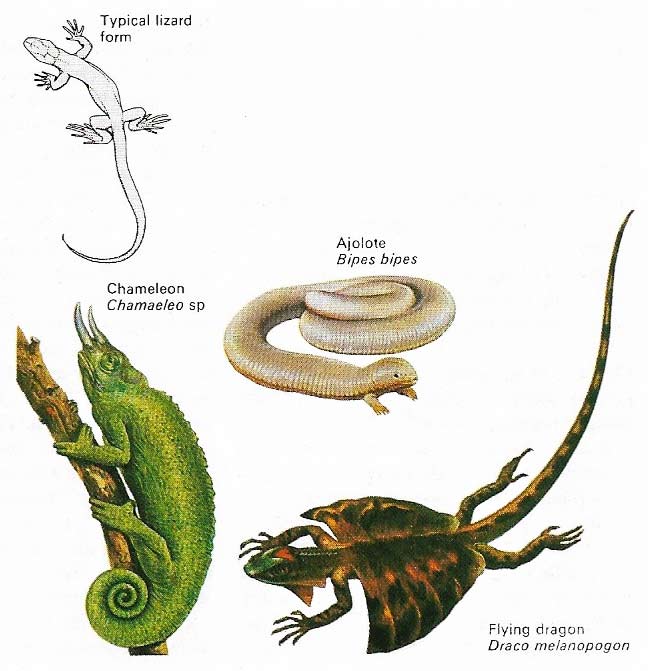 Fig 11. Lizards show many adaptations to particular environments. A typical member of the group is a lightly built reptile which runs on four legs. The slow-moving chameleon has opposable toes for gripping branches, and the burrowing ajolote of Mexico has lost its back legs. The draco can glide up to 15 m (50 ft) using its membranous "wings".

Fig 13. The smooth-scaled agamid is a lizard of southeastern Asia. Its body is flattened from top to bottom, an adaptation suited to its habit of burrowing up to 1 m (39 in) into the soil. 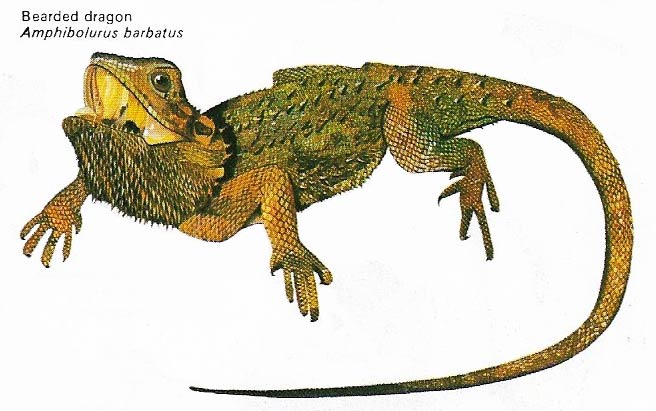 Fig 14.The bearded lizard, or dragon, is a species that lives in Australian deserts. When danger threatens, the male can erect a spiny collar under its neck. It grows to 48 cm (19 in) in length and feeds on insects. 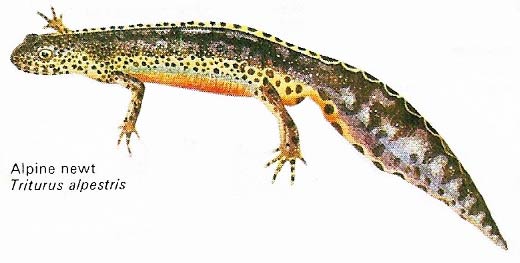 Fig 15. The alpine newt, an amphibian from mountainous regions of central Europe, feeds on worms and insects. Normally dull brown or black, the male develops bright colors in the breeding season. 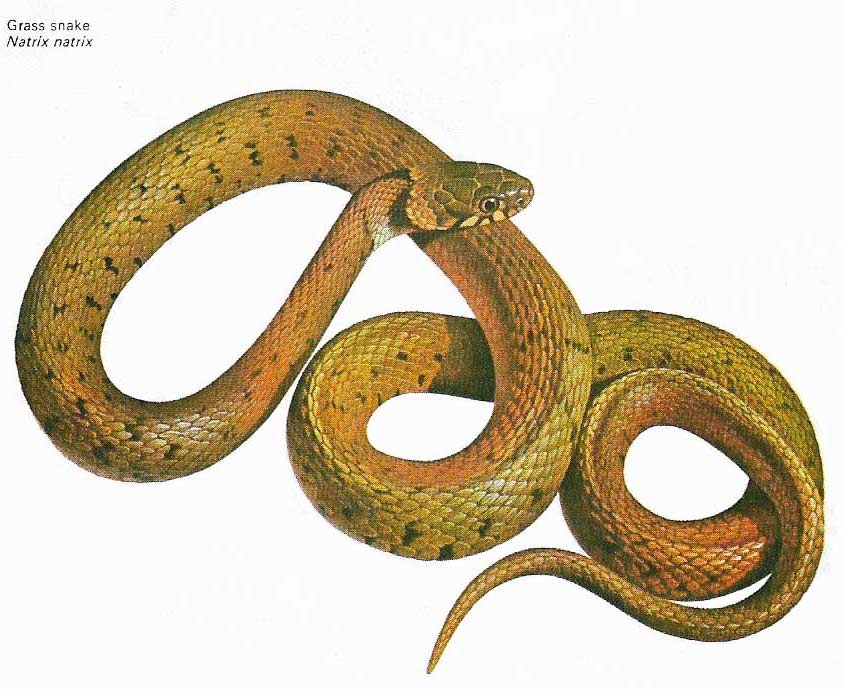 Fig 16. The grass snake is found throughout Europe, northern Africa, and central Asia. It is not venomous and can swim. It is also known as the European water snake. 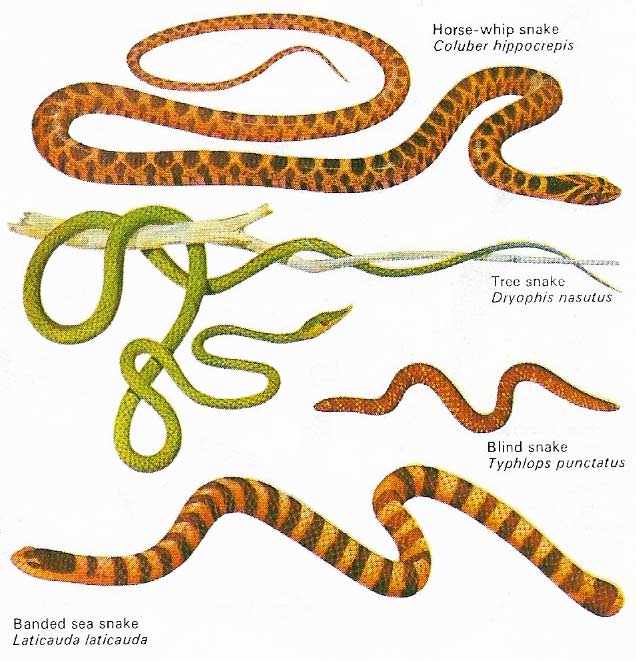 The amphibians and reptiles are two groups of cold-blooded vertebrates, most of which lay eggs. The amphibians, numbering more than 2,000 species, include frogs, toads, newts, salamanders, and caecilians, and the 6,000 reptile species include the snakes, lizards, crocodiles, and turtles. They range in size from 2 cm (0.75 in) tree frogs that live in bromeliad "vases", to the 8 m (25 ft) constricting snakes.

Amphibians, because they must keep their skins moist in order to breathe, are found in wet and humid situations. Most species of amphibian live in the tropics where they can take advantage of the hot, wet climate. Reptiles are also more numerous in tropical than in temperate regions, but do not rely on the presence of water in order to survive. They are common desert animals and in this environment avoid becoming overheated by hiding during the day.

No amphibians and relatively few reptiles live in the sea. Most marine reptiles – the sea snakes are an exception – come ashore to breed.