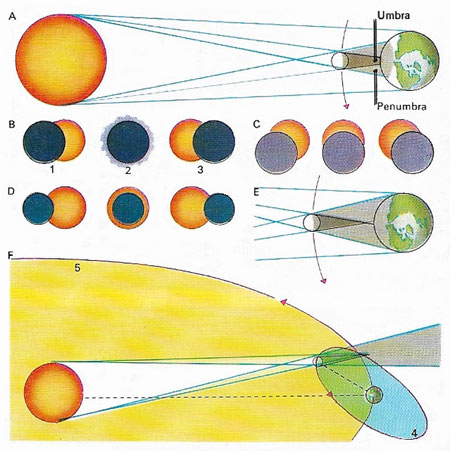 Fig 1. In a total eclipse (A) the main cone of shadow or umbra (not to be confused with the umbra of a sunspot) reaches Earth's surface while to either side of it, in the partial shadow or penumbra, a partial eclipse is seen. The Moon and Sun (B) approach totality (1), arrive at totality (2) and leave totality (3). C shows a partial eclipse that is not total anywhere on Earth. An annular eclipse (D) occurs when the umbra stops short of Earth (E). F show how the tilt of the Moon's orbit (4) to the plane of Earth's orbit (5) prevents an eclipse from occurring every month of the year. 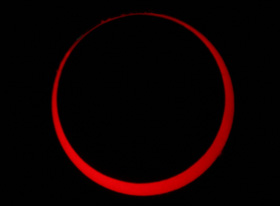 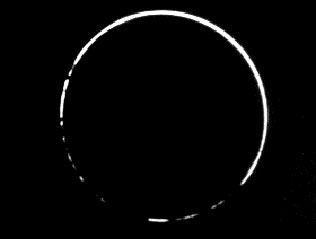 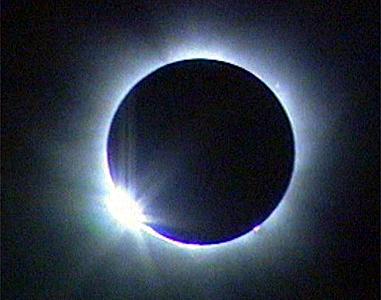 A solar eclipse is an eclipse in which Earth passes through the shadow cast by the Moon. Solar eclipses only happen when the Moon is new and when the Moon lies close to the node of its orbit (i.e. when it's roughly in the same plane as Earth's orbit).

To see a total solar eclipse the observer has to fall within in the Moon's umbra, the darkest part of the lunar shadow, as it races across our planet. The path of totality is never any wider than 270 km and, since it is swept out at some 3,200 km/hr, the length of totality at given location is never more than 7 min 31 sec, and usually no longer than 3 or 4 minutes. A partial eclipse is seen by observers in the Moon's penumbra, the partial shadow, on either side of the path of totality. An annular eclipse happens when the Moon is near apogee so that its apparent size is less than that of the Sun and a ring, or annulus, of the Sun's disk is still visible even when the Moon and Sun are seen directly in line.

The magnitude of a solar eclipse is the fraction of the solar diameter obscured by the Moon at the greatest phase of an eclipse, measured along the common diameter.

Baily's beads are small "beads" of sunlight that shine through the valleys on the limb of the Moon in the instant before (or after) totality in a solar eclipse. They are named after the English astronomer Francis Baily who first drew attention to them in 1836.

The diamond ring effect is a dazzling burst of light that happens a few seconds before and after totality during a solar eclipse (Fig 4). The effect is caused by the last bit of sunlight shining through valleys on the edge of the Moon.