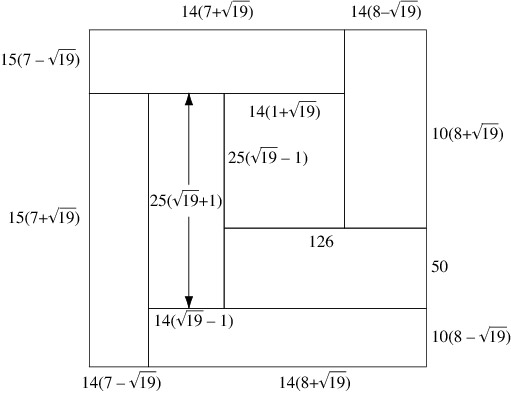 A square is a quadrilateral with four equal sides that meet at right angles.

Blanche's dissection is the simplest dissection of a square into rectangles of the same areas but different shapes. It is composed of seven pieces; the square is 210 units on a side, and each rectangle has an area of 2102/7 = 6300.