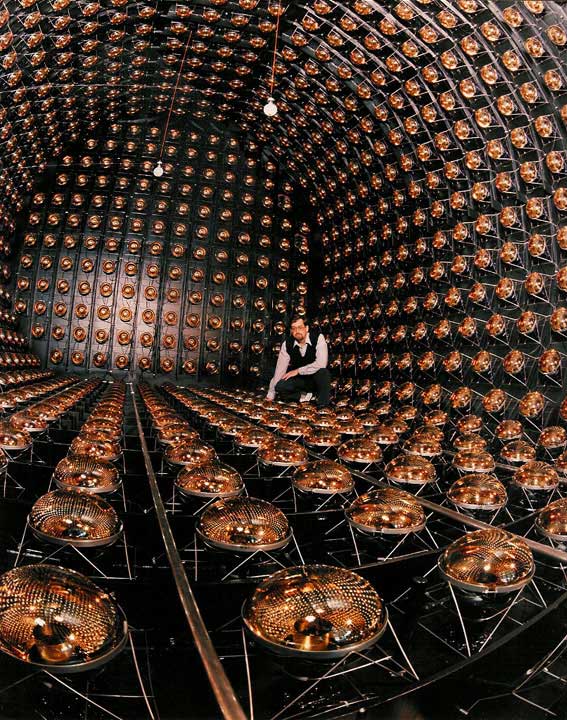 Fig 1. In 1993, the Liquid Scintillator Neutrino Detector at Los Alamos reported a puzzling excess of electron-neutrino detections. An engineer is shown kneeling among the photomultiplier tubes that detected light from interactions inside the tank once it was filled wth mineral oil. 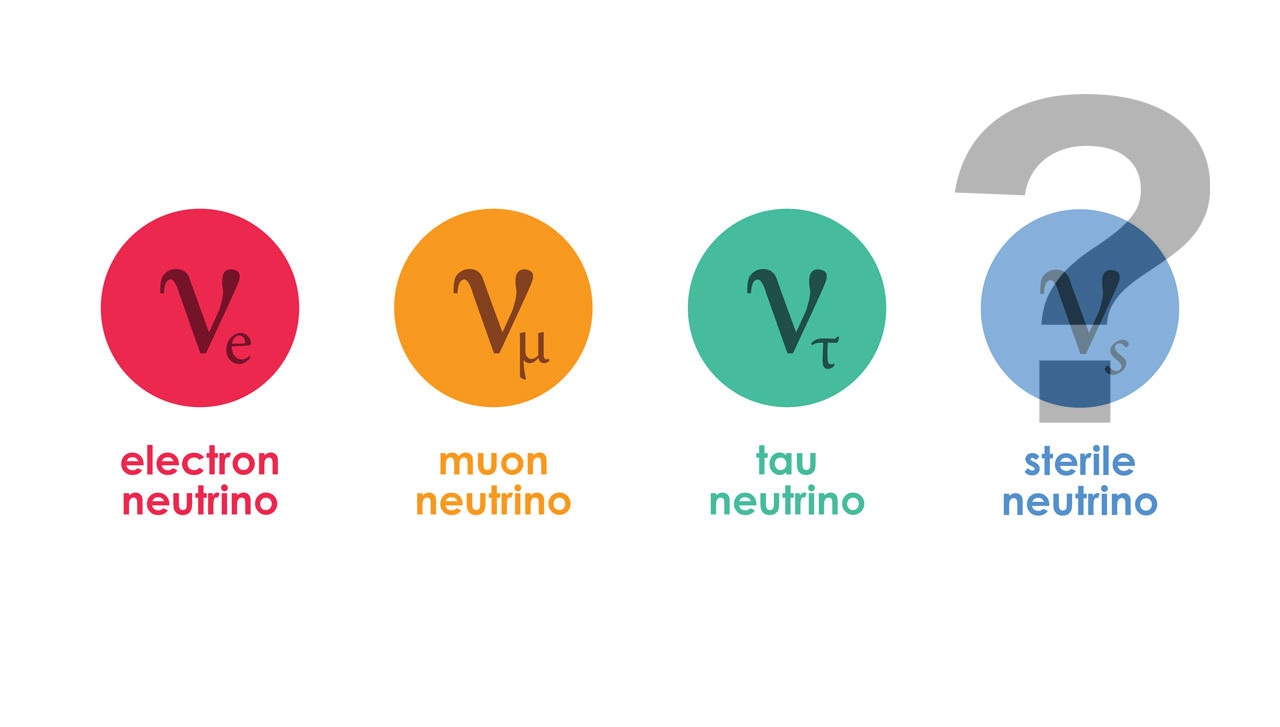 Neutrinos are the lightest and most elusive known subatomic particles. They are much less massive than electrons and can travel through ordinary matter as if it weren't there. About a hundred trillion neutrinos pass through your body every second, and most of those pass clean through the Earth with hardly any chance of being stopped. To put it mildly, these ghostlike particles are difficult to study.

Nevertheless, physicists have made some progress. They know there are 3 types of neutrino: the electron-neutrino, muon-neutrino, and tau neutrino. They've also discovered that while traveling along, a neutrino can change its identity: rapidly switching back and forth between the three different types. It might start off as an electron-neutrino, for instance, but end up being detected as a muon-neutrino, or vice versa. This process, unique in the subatomic world, is known as neutrino oscillation.

But some experiments have suggested that neutrino oscillations don't happen in the way that researchers would expect. The first of these experiments, called the Liquid Scintillator Neutrino Detector, or LSND, was carried out at Los Alamos in the 1990s Fig 1). LSND studied a beam of muon-antineutrinos – to see how many of them oscillated to a different type over a short distance. Its results indicated that more of them than anticipated had transformed into electron-antineutrinos.

In 2002, a similar experiment at FermiLab, called MiniBooNE, also recorded an excess of electron-neutrinos. Scientists wondered if the discrepancy might be caused by the existence of an even more elusive type of neutrino, called a sterile neutrino. Unlike the three known types of "active" neutrino, it wouldn't even interact through the weak force but only through gravity, making it virtually undetectable. Its only imprint would be the effect it had on the probability of neutrino oscillations.

The idea of sterile neutrinos is attractive for a number of reasons. All the fundamental particles of matter, except for neutrinos, come in both left- and right-handed versions. The three known types of neutrino are all left-handed with respect to the weak force. So it would make sense if right-handed neutrinos, which would be blind to the weak force, existed. Sterile neutrinos are also predicted by grand unified theories that try to combine electromagnetism and the strong and weak forces into one. In the field of cosmology, they provide a possible explanation for another mystery – the nature of dark matter.

But results just announced, from the team working on the MicroBooNE experiment at Fermilab, have cast serious doubts on the existence of sterile neutrinos. MicroBooNE overcomes some of the limitations of its predecessor, MiniBooNE. For example, unlike MiniBooNE, it can distinguish between an electron or a photon produced when a neutrino interacts in the detector.

In a seminar on 27 October 2021, the MicroBooNE collaboration announced that four different searches for an excess of electron-neutrinos had found nothing. That's bad news for supporters of the sterile neutrino hypothesis.

But the MicroBooNE experiment isn't over. For one thing, only half of the data it's gathered has been analyzed. The team will also continue to comb through their data, looking for anything that might have been overlooked. Sterile neutrinos aren't yet dead but if MicroBooNE continues to come up empty-handed, physicists will face a challenge: to explain the previously positive results of other experiments and why all known neutrinos are left-handed.