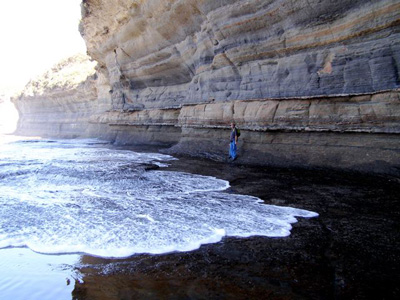 A stratum is a single layer or bed of sedimentary rock, usually one of a series of layers that have been deposited one on top of another. Each stratum indicates the conditions that prevailed at the time of its deposition. The study of strata is called stratigraphy. The stratigraphical or geological column contains all the periods of geological time. Rock strata may be very thin, of just a few centimeters thickness, or they may be several meters in extent. Initially, they are usually horizontal, but they are likely to be affected by folding and faulting. Separations between individual layers are called stratification planes.

The law of superposition in geology states that in undisturbed layers of sedimentary rock, younger strata overlie older ones.