Fig 1. Various Lamé curves. Those with n greater than 2 are known as superellipses. 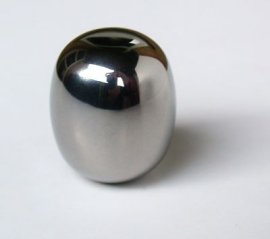 Fig 2. A superegg in the form of a steel 'executive toy'.

The Danish poet and architect Piet Hein decided that the superellipse with n = 5/2 and a/b = 6/5 is the most pleasing the eye. This so-called Piet Hein ellipse was quickly adopted as the basic motif for planning an open space at the center of Stockholm and was also incorporated into Scandinavian designs for office tables, desks, beds, and even roundabouts in roads.

The surface of revolution of a superellipse is a superellipsoid, one special form of which has been nicknamed the superegg.

A superegg is the surface of revolution of a superellipse given by the formula |x /a |2.5 + |y /b |2.5 = 1, where a/b = 4/3. The superegg was named by Hein and singled out by him because of an unusual property: stood on either end it has a peculiar and surprising stability. Supereggs, made of metal, wood, and other materials, were sold as novelties in the 1960s; small, solid-steel ones were marketed as an "executive toy." The world's largest superegg, made of steel and aluminum and weighing one ton, was placed outside Kelvin Hall in Glasgow in 1971 to honor Hein's appearance there as a speaker.