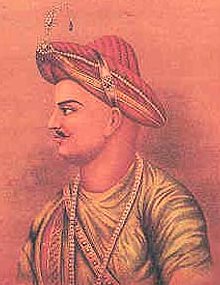 Tipu Sultan, the Sultan of Mysore, successfully deployed rockets against the British army at Srirangapatana, India, in 1792 and 1799. He was the first to use rockets in which the combustion powder was contained within a metal cylinder. The devices, which weighed about 2 kg, including 1 kg of gunpowder propellant, carried a sword blade as a warhead, and were launched from bamboo tubes. Their effectiveness prompted the further development of military rockets by William Congreve.