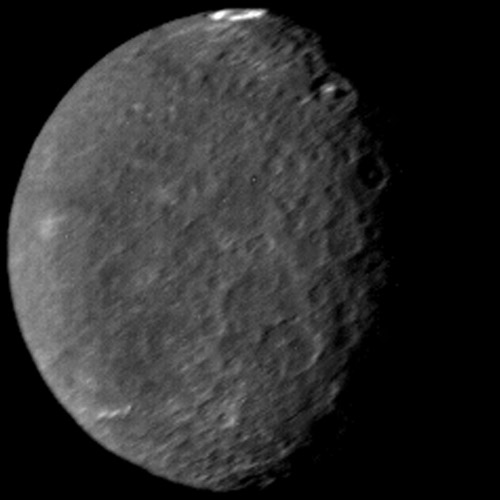 Umbriel is the third largest and the darkest moon of Uranus. It is 16th moon in order from the planet. Umbriel is named after the "dusky melancholy sprite" in Alexander Pope's poem "The Rape of the Lock" and is also known as Uranus II. It was discovered by William Lassell on October 24, 1851, at the same time as Ariel.

Umbriel's size and density are about the same as those of Ariel, while its surface is old with little variation in the type of terrain from one region to another. A puzzling bright ring in Umbriel's surface, initially nicknamed the "fluorescent cheerio" and later formally named Wunda, may be the floor of a crater but its exact nature is unknown.