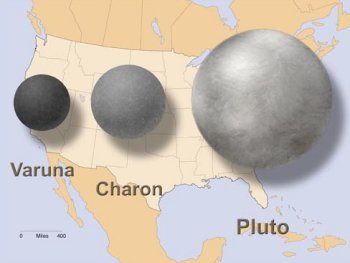 20000 Varuna is a large Kuiper Belt object. It was discovered by R. Macmillan of the Spacewatch project on November 28, 2000, and provisionally designated 2000 WR106 before being permanently named after the Hindu god Varuna. It moves in a near-circular orbit with a semi-major axis of about 43 astronomical units (AU), similar to that of 50000 Quaoar but more inclined.