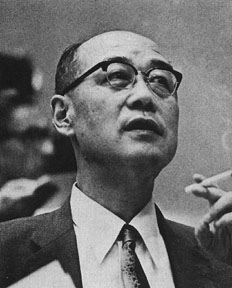 Hideki Yukawa was a Japanese physicist who postulated the meson as the agent binding the atomic nucleus together, i.e., the quantum of the strong force. In fact, the mu-meson, or muon, discovered shortly afterwards (in 1936) by Carl Anderson, does not fulfill this role and Yukawa had to wait until C. F. Powell (1903–1969), at Bristol University, discovered the pi-meson, or pion (see meson), in 1947 for vindication of his theory. Yukawa received the 1949 Nobel Prize in Physics.